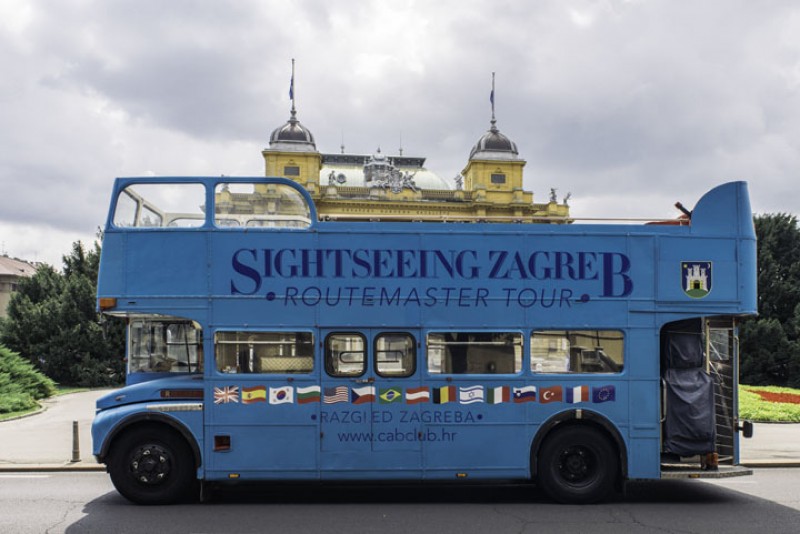 After the successful premiere of Filmmusicorkestar's concert for the citizens of Zagreb from the roof of a double-decker bus one week ago, this exceptionally well-received project goes on, supported by Zagreb Tourist Board. During the next three weekends, this music bus is going to visit some other parts of the city as well, bringing joy to the citizens with old Zagreb songs and evergreen movie songs. The bus will stay at each of the stops along the route for around 10 minutes, and the exact location of the stops will be determined on the spot, depending on the traffic.

This Sunday, 10 May, Tvrtko Stipić & Tango Appassionato take their position on the bus roof performing the first part of the old Zagreb repertoire, along the following route: Dubrava – Ravnice – Maksimirska – Kvatrić.

On Sunday, 17 May, Filmmusicorkestar performs another set of the greatest Croatian and international movie songs, with which they won the hearts of the people of Zagreb during their first travelling show. Filmmusicorkestar plays on the west side of the city, starting from Gajnice to Črnomerec and Trešnjevka.

This small music tour on the roof of a double-decker bus ends on Saturday, 23 May at 5 pm with the second part of the set by Tvrtko Stipić & Tango Appassionato, when the charm of popular Zagreb songs will sweep away Dugave, Sloboština and Savica.

We invite the citizens to join this event and sing along, but from a safe distance – from their balconies, windows and gardens. Random passers-by are kindly asked to obey the safety measures and social distancing rules. For all our fellow citizens who don’t live along the bus route, as well as all the people who love Zagreb, both in Croatia and abroad, live stream is available on Zagreb Tourist Board FB page: www.facebook.com/visitzagreb. The previous concert was viewed by more than 35,000 people.

In case of unfavorable weather conditions, the concert is postponed for the first sunny, rain-free day, about which you will be informed through our media channels.