There is a bond between citizens and artists of the city. Owing to the Open City Day project, it is becoming stronger and more important to everyone. 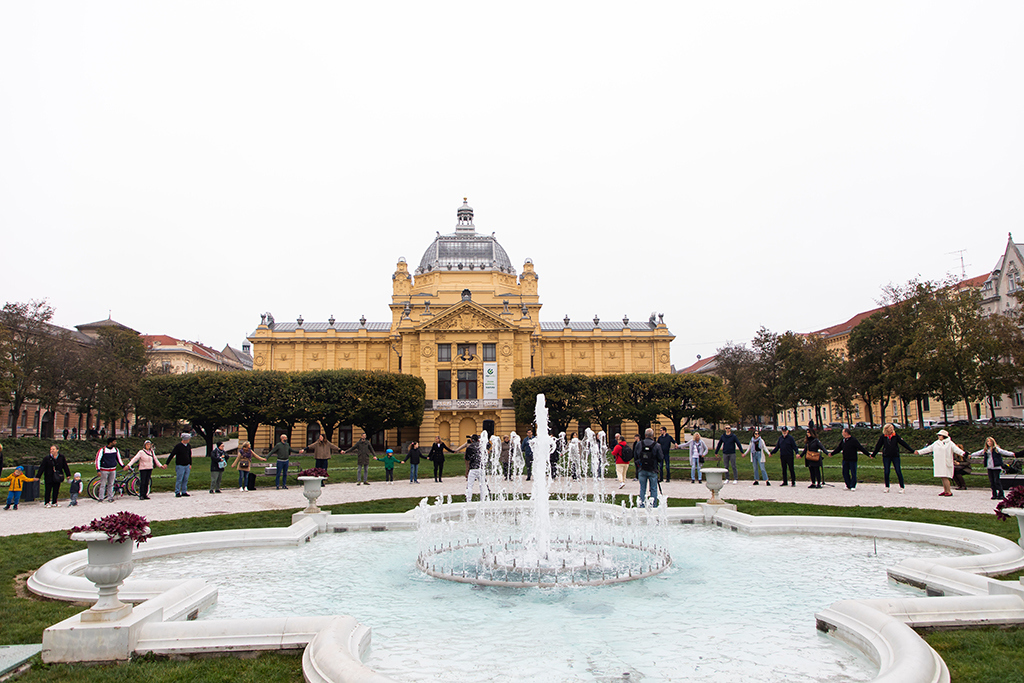 The Open City Day is a project which encompasses four attractive city locations in which in late October art entered public spaces to announce and strengthen the bond between citizens and artists. The project was designed and organised by prominent cultural professionals in cooperation with the Zagreb Tourist Board and it encompasses some of the most beautiful city locations.

The Open City Day has its origin in the wonderful response and an eight-year long experience gathered in the Open Square Day project, initiated by prominent theatre professionals whose idea is to expand cultural activity in open spaces of Zagreb. In these times of alienation which was intensified by the pandemic and earthquakes that hit Zagreb, the sense of community has received a new meaning. It is a way to strengthen the interconnection between cultural content and citizens. As part of the project, passers – by held hands to create a “chain” of togetherness at King Tomislav Square, a large choir sang songs dedicated to Zagreb in the central Ban Josip Jelačić Square, and in Old Vlaška Streert, where a prominent Croatian writer August Šenoa was born, actors told stories about Zagreb and its past. While taking a walk in Tuškanac Forest Park, located in the very city centre, passers - by encountered actors and their interpretations of passages from famous works by William Shakespeare as well as passages from novels by Nobel laureates Herta Muller, Annie Ernaux and others.

The Open City Day has revealed but also strengthened the bond between artists, citizens and their guests. Therefore it is certain that the bond will continue to evolve further, both on stages and by introducing more locations and a stronger interaction with citizens in public spaces of Zagreb. Zagreb and its artists are openly in love.