2Cellos in Zagreb: “This Is Where We started, this is Where We Wish to End”

Numerous fans of the world - famous duet 2Cellos will soon have a chance to listen to these musicians in Zagreb, the city in which their performance will carry a special emotional load. This will be one of the last chances to listen to the musicians perform in Europe. 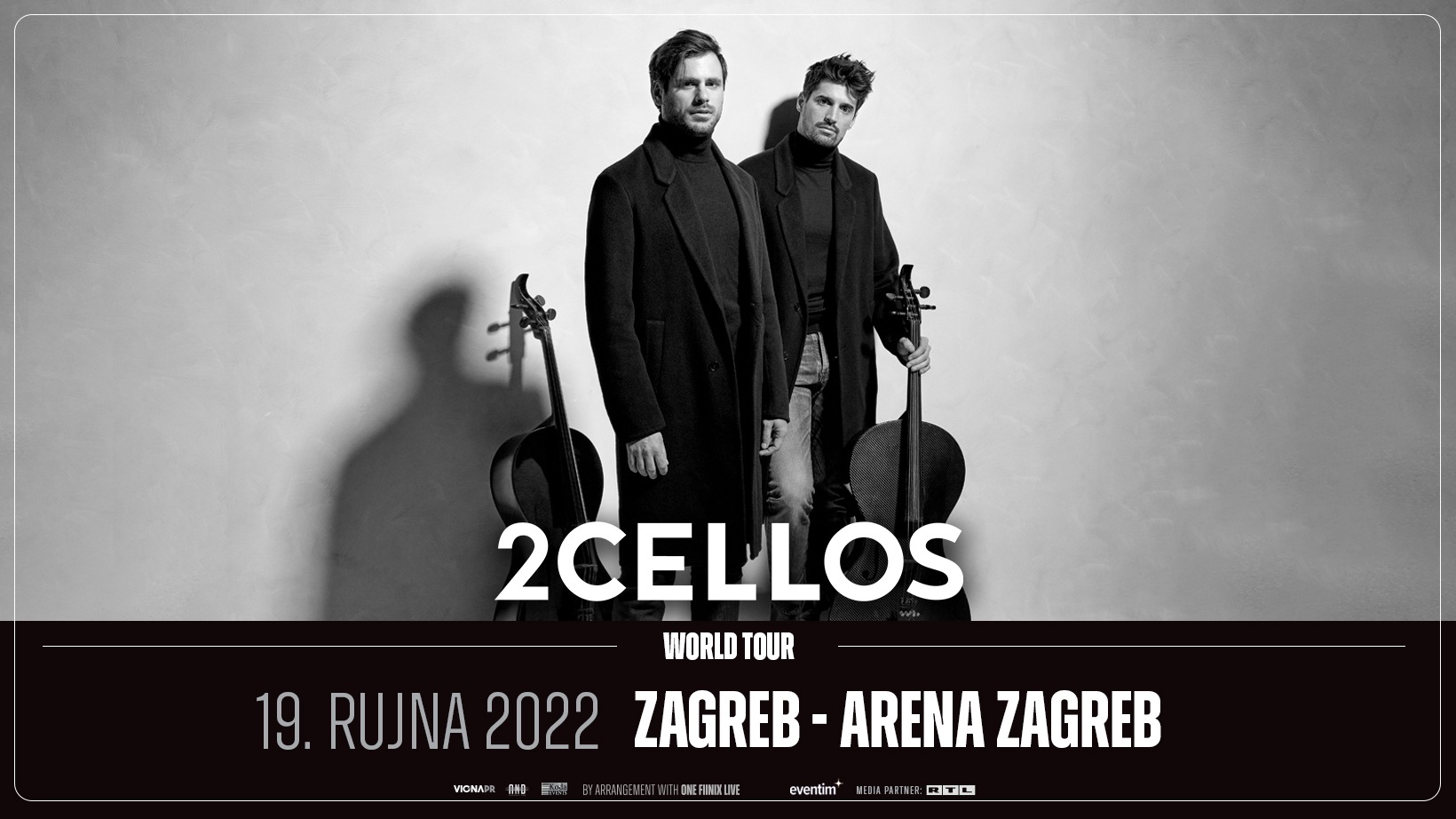 On 19 September this year, the Arena Concert Hall in Zagreb will be a place where the two musicians who performed together for ten years and achieved world fame as the duet 2Cellos will meet but also say goodbye to playing music together. The duet consisting of cellists Luka Štulić and Stjepan Hauser started to perform together in Zagreb, so this city is the logical ending of this part of their farewell world tour. “This is where we started, this is where we wish to end”, they stated.

During ten years of performing together, 2Cellos released 6 studio albums, hit 1.3 billion views on their YouTube channel and attracted more than 6 million subscribers on their official channel. Each of their performances attracted a lot of attention on numerous stages worldwide. Their farewell concert, as announced by the duet, “will be intense, powerful, moving and emotional and a culmination of everything 2Cellos achieved”. “We will give the audience everything we can” they said and added that 2Cellos will retire afterwards. Therefore, the concert in Zagreb will be a chance for fans of the duet from the area to say farewell to their favourite band and enjoy a particularly emotional last show in Croatia.

2Cellos, made of classically trained cellists, gained popularity due to a 2011 video clip in which they perform their own remake of Smooth Criminal by Michael Jackson. They achieved world fame by performing famous songs in their own special style, erasing the limits between genres, combining classical and movie music as well as pop and rock.

Concerts of 2Cellos, who performed in cult world concert halls such as New York City Radio City Music Hall, Royal Albert Hall in London, and Sydney Opera House, were always sold out. They performed with great musicians such as Steven Tyler, Andrea Bocelli, RHCP, Queens of the Stone Age, George Michael and many others. Sir Elton John handpicked them to play together so they become his support band and joined his live band.

Therefore, the concert in Zagreb will be a chance to enjoy excellent performance but also to say goodbye to the world-famous band 2Cellos. The tickets are available via www.eventim.hr.