World of Toys: Advent Takes Us Back to Childhood

The main motif of this year’s Advent in Zagreb are traditional toys which used to be made in Zagreb. A cooperation with the world-famous Walt Disney was a recognition of their value. 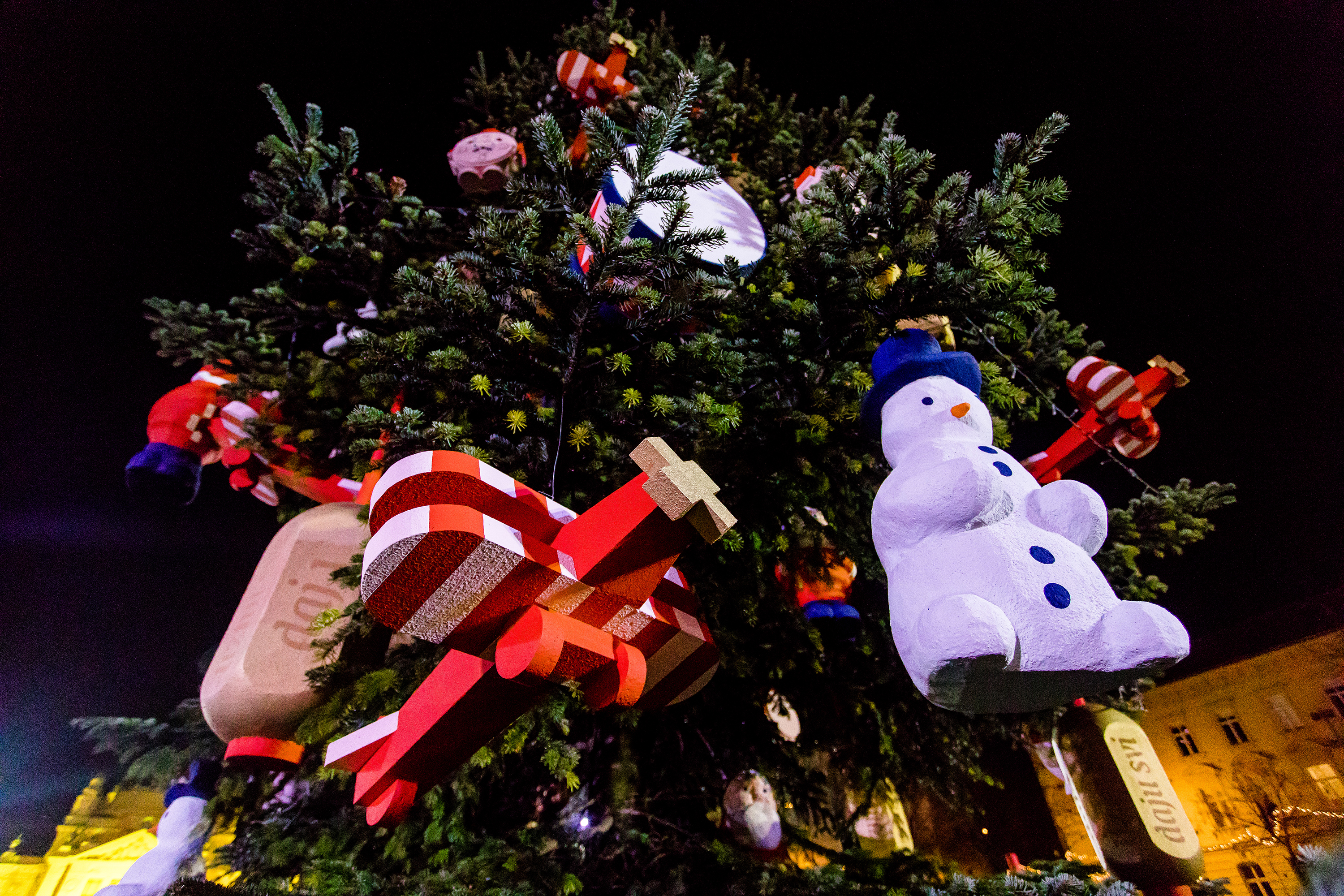 Advent in Zagreb invites visitors to go on a nostalgic trip back to their childhood and reencounter toys that used to be manufactured in this region and were also famous far away from the city, country and even the European continent. New generations are less familiar with the fact that Zagreb used to be famous for making toys. This year they are the main motif of Advent in Zagreb, and owing to modern technology they got a new life.

Biserka was the name of the most famous toy factory in Zagreb and it started working in 1946. Toys were made using moulds and painted by hand. The fact that it was the only factory outside of the US to get a licence for toy production based on Walt Disney company concept proves it had international acclaim.

Teddy bears with mobile head and limbs were patented and manufactured by craftswoman Ružica Vavra who opened her master workshop and shop in 1961. The acclaim of her toys with high aesthetical value and quality travelled outside the region. Parisian department store Lafayette as well as Walt Disney made a business offer to Ružica Vavra and her daughter Dolores, who joined her in business. It was Walt Disney’s wish for this craft workshop from Zagreb to make toys based on his design.

Toys were manufactured in the company Tik – Tak, founded in 1982, in cooperation with factory Krateks and a Polish partner Miš. Every year, their designers designed a new toy collection which marked the childhood of many children. A symbol of their work is Zagi, the mascot of the World University Games Universiade held in 1987 in Zagreb which they designed.

Let us also mention traditional wooden toys which originate in Croatian Zagorje and which are a part of intangible world heritage protected by UNESCO. They can be bought in Zagreb to this day.

Globalisation as well as new technologies changed a lot in the world of toys, even toys themselves. The fact that Advent in Zagreb breathed a new life into them brings a lot of joy. Owing to augmented reality, their virtual form travels with you via the Equinox XR platform from ten locations in the city to continue their life wherever you wish.