The project Murtić 100: Homage to the Strong Personality of the Painter

With interesting exhibitions and other projects, Zagreb marks the centenary year of the birth of Edo Murtić, a painter whose artistic oeuvre left a significant mark on Croatian and world abstract art. This is a way in which the great artist and his work are honoured in the city where he lived and made art but it is also a way to introduce them both to new generations of art lovers. 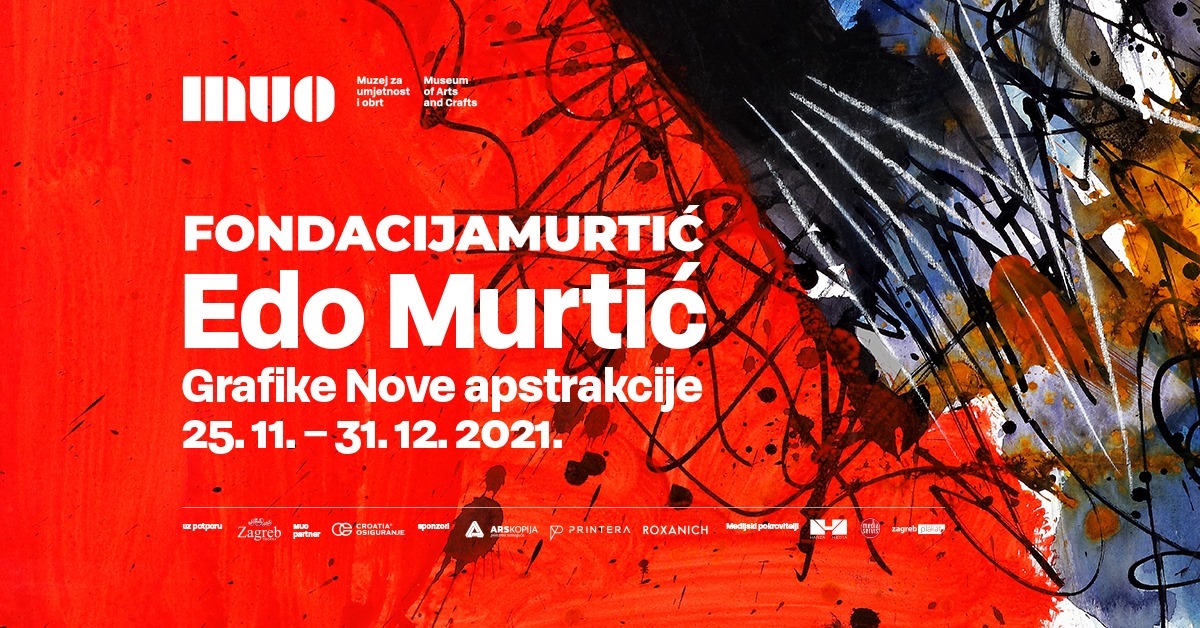 Mutual connection between the city and its artists is shown in Zagreb on many occasions. Currently one important event is the centenary of the birth of Edo Murtić (1921 – 2005). He was a painter with a strong artistic personality, who was the first to present elements of abstract art in this region while adding unique and recognisable expressive gestures, lyrical charge and strong colourism. His artwork was displayed in more than three hundred solo and as many group exhibitions in Croatia and the entire world. He was the winner of numerous Croatian and foreign awards and recognitions. His artwork is present in most significant public and private collections around the world. In addition to his paintings, Murtić's oeuvre includes theatre sets, murals, mosaics, enamels, sculptures and ceramics.

As a tribute to the renowned artist who lived and made art in this city, the project Murtić 100 is presented to public in Zagreb. The project, which lasts until mid-July, consists of two exhibitions, a symposium, street art activities and workshops for all age groups. The multimedia exhibition Murtić 100 is available in the Home of HDLU or Meštrović’ pavilion until 18 July. The exhibition covers three galleries in which the artist’s work is displayed in chronological order as well as according to topic. In the first exhibition space, the Bačva Gallery, there is a display of paintings which are remembered in the collective memory as paradigmatic works of art of high modernism with strong dynamic colourism as a basic determinant of the artist’s approach to art. In the PM Gallery there are Murtić’ activist cycles dedicated to anti-war topics which greatly occupied this artist who was an unflinching supporter of democratic and libertarian principals. Murtić was greatly engrossed in these topics and used the language of culture to promote them. The remaining artist’s cycles in other art disciplines such as gouache, monumental compositions in ceramics, enamel and mosaics are exhibited in the Prsten Gallery, as well as landscapes and cityscapes which marked all six decades of his work.

The exhibition New Abstraction, taking place in Lauba – the House for People and Art until 10 June, is also dedicated to the big anniversary of the birth of Edo Murtić. It presents a significant part of the artist’s oeuvre covering the final years of his creative activity. The exhibition is accompanied by music events directed by the composer and multi-instrumentalist Mak Murtić, a grandson of Edo Murtić. The performers are ten musicians representing new experimental and alternative scene and special guests are Darko Rundek and Damir Urban.

The symposium entitled Gesture and Freedom, which is dedicated to the centenary of the birth of Edo Murtić but also to the sixtieth anniversary of the exhibition Contemporary Art from the USA, will take place from 8 to 13 June. The exhibition took place in 1961 in the Modern Gallery in Zagreb and featured works by 33 most distinguished representatives of US abstract expressionism. These two important anniversaries are a reason to question the role of artists and visual language of abstract expressionism in social emancipation towards a more democratic society and to perceive Murtić’ oeuvre in this particular context during the symposium.

Street artists Grgur Akrap, Fedor Fischer and Danko Friščić and around twenty students of the Art Academy will paint murals in the centre of Zagreb, in Maksimirska and Vlaška Street and Prilaz Baruna Filipovića to reinterpret Murtić’ art. The aim of this event organised by the Art Academy is also to remind younger generation of artists of Murtić and familiarize audience with his work. This is another opportunity to remind the citizens and visitors of Zagreb of the exhibitions encompassed by the project Murtić 100 which mark the centenary of the birth of this painter with a strong artistic personality and recognisable style who is admired in Croatia and in the world.