The 18th edition of Zagreb Film Festival is marked by interesting films. The coming of age of the festival will be completely virtual. However, the eventful film programme is the same and remains attractive to all movie lovers. 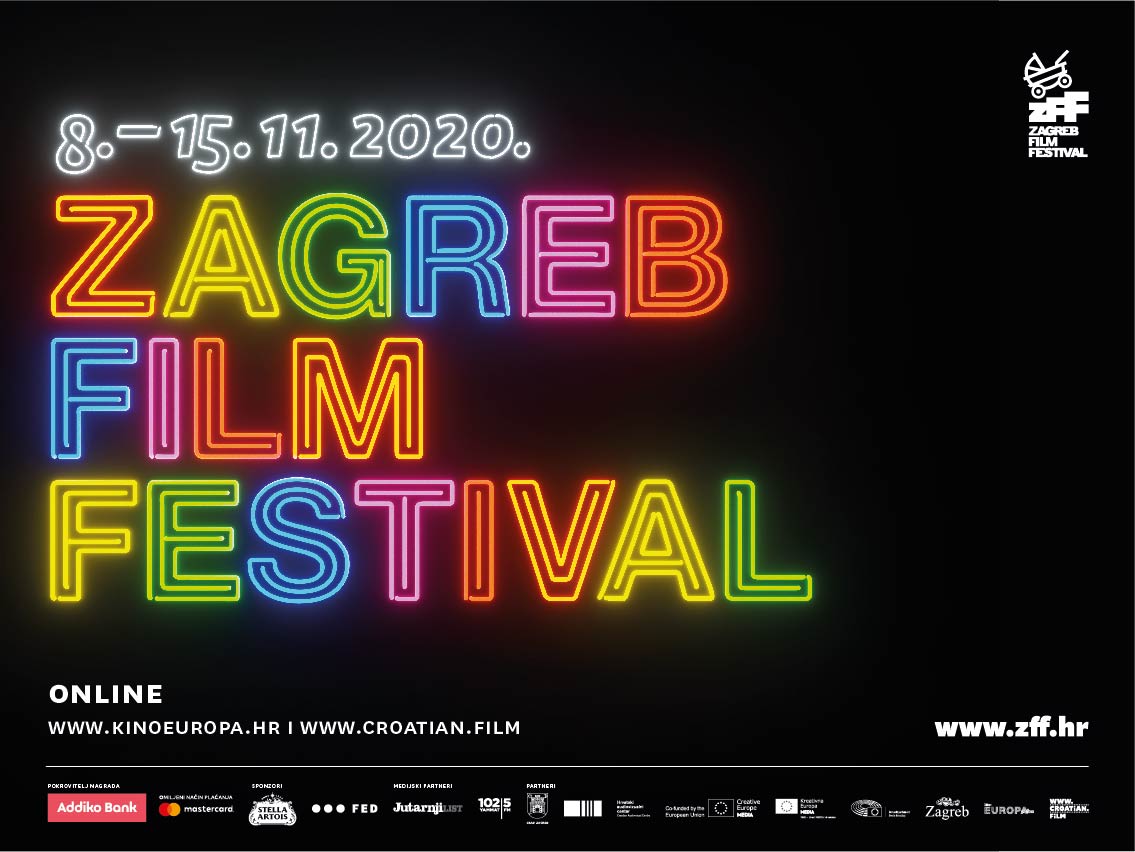 This year’s Zagreb Film Festival, taking place from 8th to 15th November, is a selection of the best and the most interesting achievements in the world of film. The main competition program, as every year, encompasses a selection of international feature and short films of authors who are not yet widely known. The competition of Croatian short films is entitled Checkers, and Together with us encompasses new films of already established directors who have been part of this festival since its beginning.

The main competition will encompass a Serbian film Oasis, an unusual love story taking place at an institution for children and youth with mental disabilities in Belgrade, which speaks about emotional lives of those whose desires and needs are frequently denied by the system. The film was written and directed by Ivan Ikić, one of the most interesting young authors of the regional film scene. The film has recently had its world premiere as a part of the program Giornate degli Autori (authors’ days in Italian) of the recently completed festival in Venice, where it won Europe Cinemas Label as the best European film.

Even though this year’s edition of the festival will be somewhat limited in size, this fact has not affected the number of films in the competition program Together again. It brings as many as ten films by renowned directors, among others Rúnar Rúnarsson and Radu Jude who are already famous among Zagreb’s film fans.

This year Rúnar Rúnarsson, an Icelandic director, is presenting the film entitled Echo, consisting of 56 short tableaus, shot during Christmas and New Year’s Eve by the director’s regular collaborator Sophie Olsson in string of poetic representations of Icelandic winter. Uppercase Print is a new film by Radu Jude, a two-time winner of the Festival and one of the greatest Romanian directors of modern times. Jude found inspiration for the film deep in the archives of Ceauşescu’s regime, exploring a bizarre 1981 case when the intelligence service was alarmed by several anti-communist messages written with a chalk by a 16-year-old student.

Every year, a popular side program of the Festival entitled the Great 5 introduces audience with recent prominent films from the United Kingdom, France, Germany, Spain and Italy, the largest European cinemas. Together they produce more than a half of all European films. Undine, the film representing Germany, is a reinterpretation of an ancient European myth about a water fairy set in the present-day Berlin, directed by the famous Christian Petzold. The Spanish representative is the film Madre, directed by the master of tense stories Rodrigo Sorogoyen, which is a continuation of his Oscar-nominated short thriller of the same name. Italy is represented in the Big 5 program by a heart-warming drama about love and friendship entitled The Best Years directed by Gabriele Muccino.

The start and the end of the 18th edition of Zagreb Film Festival will be marked by two Zagreb premiers of Croatian and regional film hits. Father, which will be the opening film of the festival, is the most recent film by Srdan Golubović. It will be shown in a non-competitive part of the program. It premiered in February at the International Film Festival in Berlin as a part of the program Panorama, where it won the Audience Award and the Prize of the Ecumenical Jury. The great success of this film continued this summer in Pula where it won the audience award and became the first film in the history of the Pula Film Festival to win the average audience grade of 5.00. This year’s Zagreb Film Festival will close with the heart -warming, humorous generational drama Tereza 37 directed by Danilo Šerbedžija which is part of the Special Screenings program. In addition to the competition, the Zagreb Film Festival continues to present side programs intended for film professionals, the Festivals in the Spotlight and Industry programs. It is interesting to note that the International Film Festival for Children KinoKino takes place at the same time as the Zagreb Film Festival.

In line with precautions linked to the pandemic in many countries and Croatia, the organisers decided to make the originally planned combination of online and live screenings entirely virtual. Therefore, films from the Main competition program, feature and short films and all films of Together again, as well as side programs the Big 5 and Festivals in the Spotlight will be available on http://kinoeuropa.hr platform and the competition program of short Croatian films entitled Checkers on croatian.film platform. The program Industry, intended for film professionals and interested individuals, will also be held online.

More information about the festival is available at the following link: www.zff.hr