Cult British band Depeche Mode will visit Zagreb in July 2023 during the European part of their tour. 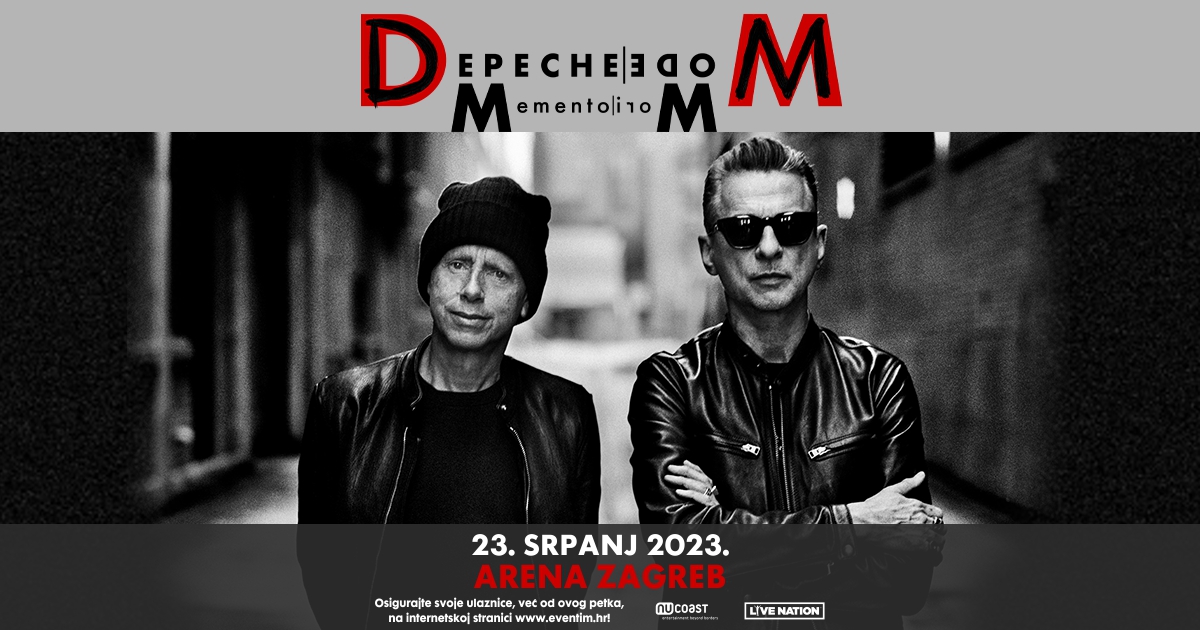 British band Depeche Mode announced the Memento Mori World Tour to take place in 2023. It will be preceded by the release of the eponymous album which will mark the performances.

The tour is to start on 23 March 2023 in South America. The European part of the tour starts on 16 May in Paris and it encompasses the most famous European stages one of which is Zagreb.

Depeche Mode is widely considered the most influential electronic band in the world, which is proven by statistics on their global recognition and popularity. In more than four decades since their foundation, they have sold 100 million albums, their hits topped the world charts and it is estimated that more than 35 million people attended their concerts. In 2020 they became part of the Rock & Roll Hall of Fame.

The Memento Mori Tour will be the nineteenth tour of this cult British band and the first after five years. Let us also note that the last tour of the band, which was founded in 1980, was the Global Spirit Tour. It encompassed 130 concerts throughout Europe and North America during which more than 3 million fans came to listen to the band.

Tickets for the concert of Depeche Mode in Zagreb are available at the following link: www.eventim.hr.