When you encounter painted billboards in the streets of Zagreb, this is a sign that a year-round project Street Triptych is growing in front of your eyes. This is an urban street art project on the move which constantly changes. 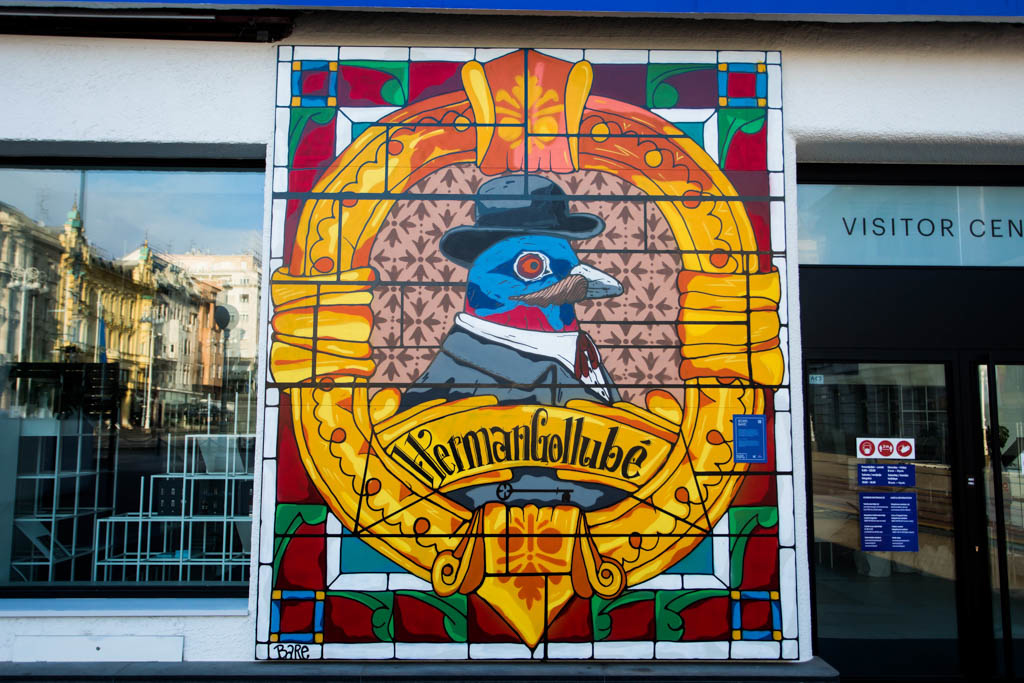 The art project Street Triptych, which is jointly organised by the art collective Pimp My Pump and the Zagreb Tourist Board, is a year-round programme of street exhibitions, which will offer an overview of current Croatian street art scene. In such a way, city spaces will become a temporary atelier in which selected artists will exhibit their work in a unique form of a changeable exhibition.

The project started in mid-March with artwork of three artists Mislav Lešić, Zvonimir Haramija Hans and Boris Bare. They painted the billboards in the very centre of the city, next to the Visitor’s centre at 11 Ban Jelačić Square, in Radićeva Street and at 1 Dolac.

The exhibits of the Street Triptych project will change every three months so in that interval passers-by will be able to see three new artworks signed by different Croatian authors. Two locations will stay the same and the third will change, which is an additional surprise.

In these challenging times, it is the organiser’s intention and a desire to divert the attention of passers-by to more positive topics and at the same time make the streets of Zagreb more beautiful.

In this cooperation with the most significant representatives of the increasingly developed and inventive Croatian street art scene, every three months different artists will leave their trace in city locations, expressing themselves through various styles and forms. In such a way, a year-round attraction will be created in front of the eyes of citizens and visitors. This unique street art exhibition will also send positive messages of decorating urban setting in a modern way.

With this one-of-a-kind exhibition, which is created and continues to live in the eyes of the passers-by, Zagreb streets become art atelier and a canvas.