In front of the Art Pavilion: When Art Meets You

There is an on-going exhibition by sculptor Tihomir Matijević in the space in front of the Art Pavilion. This is the first of four exhibitions that will be organised this year in this location, which proves that art is stronger than disasters. 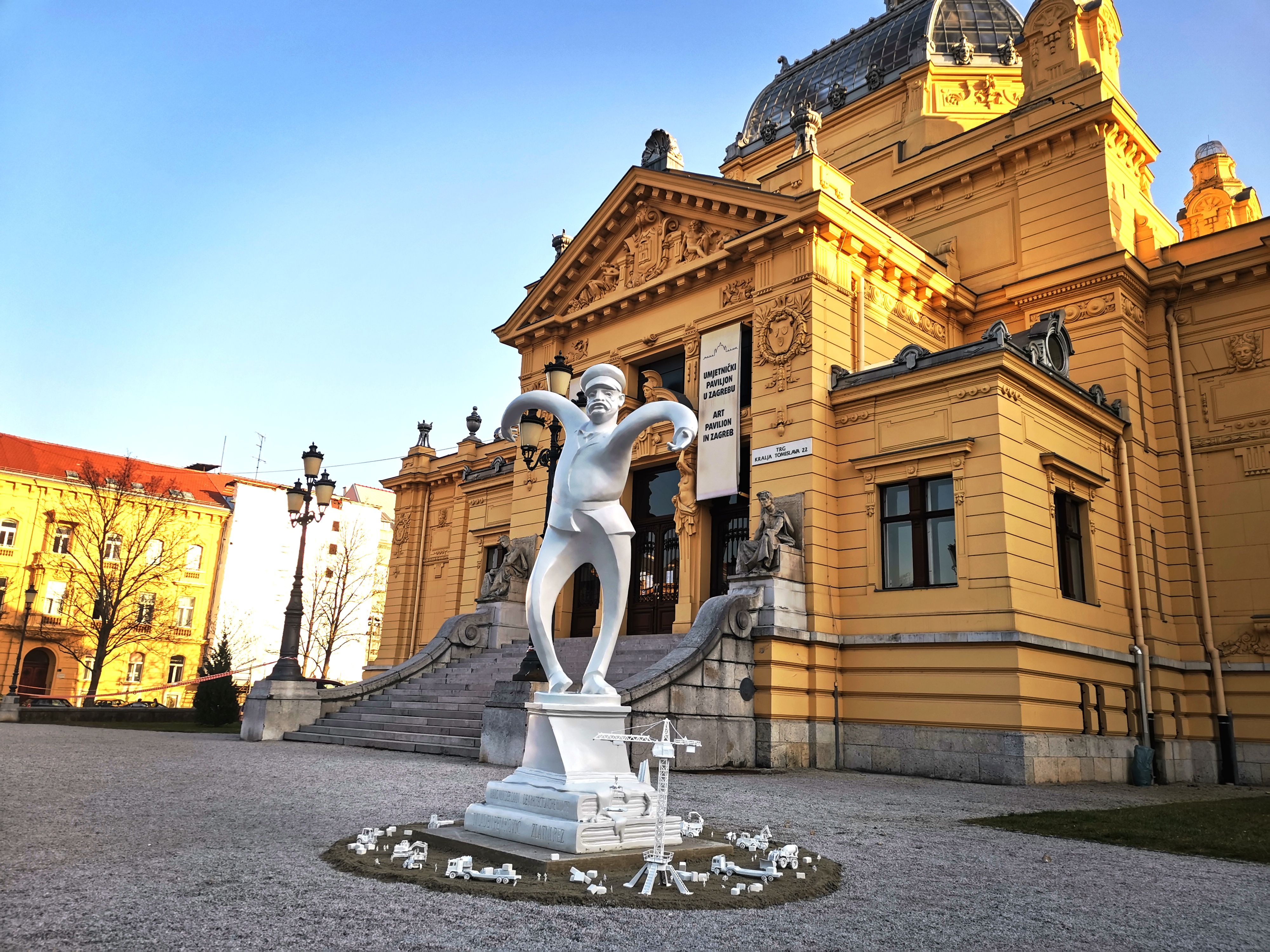 The space in front of the Art pavilion has become exhibition space and fulfilled in such a way an important task of an interaction between art and urban life. Even though this is the result of the pandemic as well as the earthquake, which left this facility temporarily unsuitable for use, it should be noted that exhibitions were set up in this space before and will be in future, even after the Art pavilion starts being used again. This cycle is intended to evolve into an outdoor Biennale of contemporary sculpture which will gather both Croatian and foreign artists.

Four Croatian sculptors will be introduced by their artwork, each of which will attract visitors and passers-by in a specific way, during the four exhibitions to take place this year. They are part of the cycle entitled In front of the Art pavilion. The first exhibition, which lasts until 25 April, is an installation by the middle-generation sculptor from Osijek, Tihomir Matijević, whose art is described as provocative by art historians. His work entitled Ordnung, which consists of several elements that make up a sculture together, is displayed in front of the Art pavilion.

Tihomir Matijević graduated and earned his doctoral degree in the Academy of Visual Arts in Zagreb, had or participated in many individual and group exhibitions in Croatia and abroad and received awards for his work.