10th Zagreb Night Run: Run in the Race, Virtually or in a Team!

Citizens and visitors of Zagreb prove their dedication to active lifestyle by participating in the Zagreb Night Run, a race that is this year taking place in the streets of Zagreb for the tenth time. But there are more and more recreational runners in the streets and parks of Zagreb on other days as well. 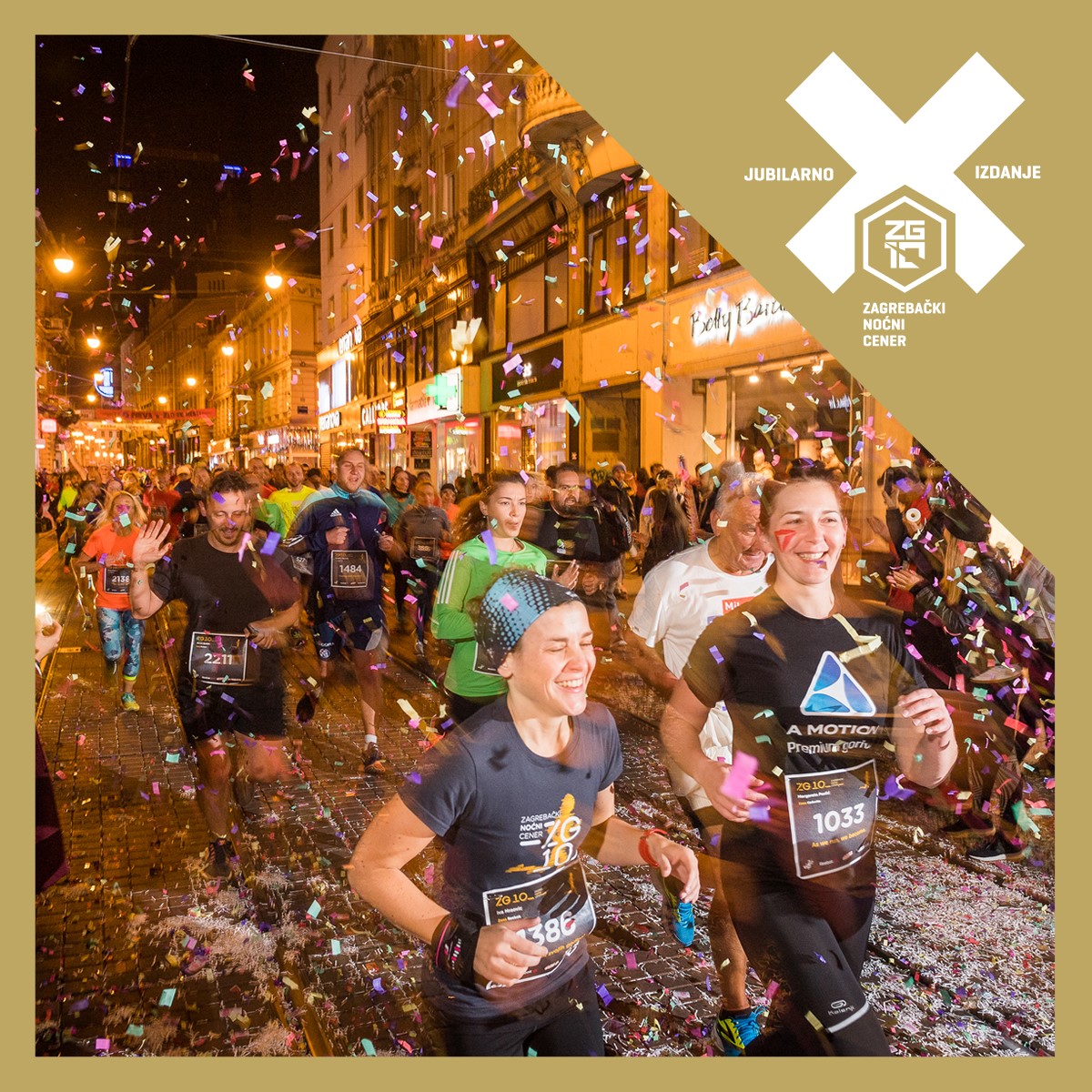 Once again, this year’s, tenth edition of the Zagreb Night Run, which is to take place on 7th November, will start and finish in Ban Josip Jelačić Square. Around three thousand participants will run two circles around the city. The total length of the race is 10 kilometres, following main roads of the city. During the race, from 7 PM to 8:15 PM, all road and tram traffic will be stopped. Refreshments will be available along the route and each participant will receive a medal after passing the finish line.

Since many more participants are interested in the race than the actual number of runners who can be allowed to participate in the race due to the current situation, the organisers have also prepared a virtual race that is available from 7th to 14th November. The only requirement is for them to run at least 10 kilometres at their location during the week and send a screenshot of the app monitoring the distance and time that was necessary to cover it to the organiser’s email address info@cener.hr. All runners who participate in the race by following these steps, will be included in the official ranking of the virtual race.

Another novelty this year is the possibility to race in teams, which will take place under the slogan “(Maybe) We Are Faster Together”. Even though this is an individual competition, runners may apply to the race using a special form as members of a team of at least ten participants. Their results will be added, their rank determined and a winning team will be announced at the end of the race.

For those who will not be visiting Zagreb at the time of the race, it is good to note that recreational running is a part of everyday routine of many citizens so a visit to Zagreb allows you to continue with your healthy habit.