Arena Zagreb: the King of the Waltz André Rieu Again in Zagreb

After four years, international music star André Rieu will visit Zagreb once again and give another concert to remember as part of his world tour. 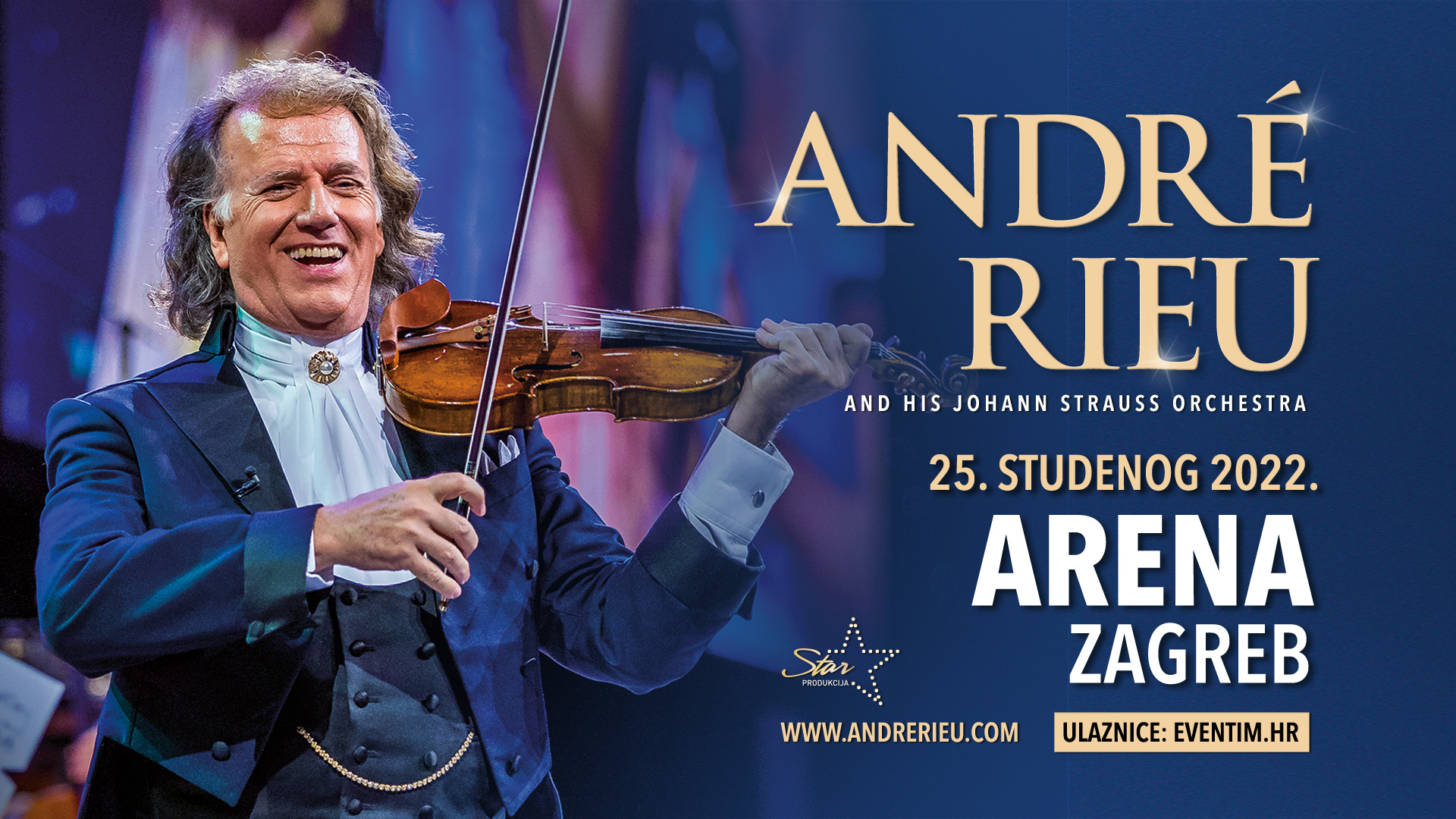 On 25 November, the Dutch “King of the Waltz”, André Rieu, will give a concert in the Arena Hall as part of his world tour. Together with his famous Johann Strauss Orchestra he will present a new repertoire, but with the same mission: to confirm by using an excellent repertoire and astonishing music and stage performance that classical music is made to be enjoyed by everyone.

The start of the new tour in late 2021 was marked by the new album entitled “Happy Together” celebrating life and joy. As in previous concerts, this life optimism, romance and positive mood will be communicated by the “King of the Waltz” and his orchestra consisting of talented musicians from various countries to the numerous spectators who enjoy his songs, puns, beautiful costumes and excellent performances.

The tickets for the concert in Zagreb are available at the following platform: www.eventim.hr.