For citizens of Zagreb, Petar Preradović Square is simply called Cvjetni trg (Flower Square). This is one of the spots where you agree to meet in a few words and with many flowers in the background. Let's meet in Flower Square! 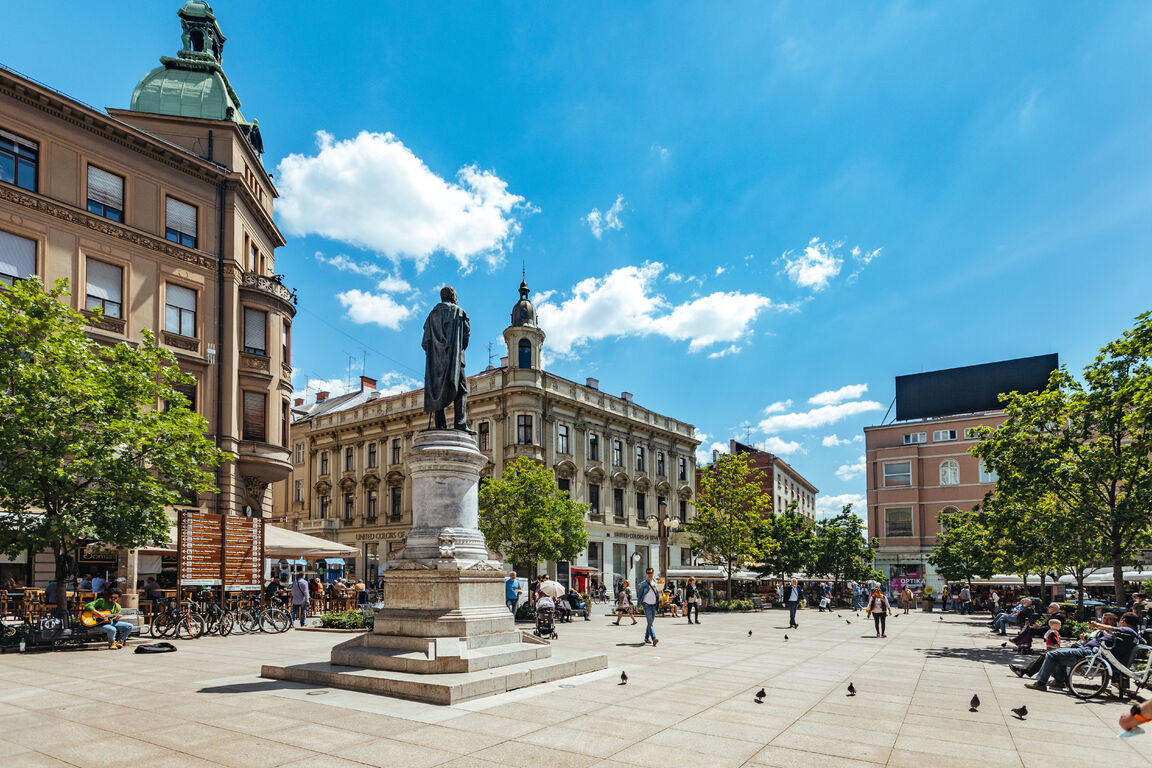 Petar Preradović Square in Zagreb is a place where many meetings and wandering walks through the city either start or finish so it is the right place to feel the rhythm and the atmosphere of the city. Located in a pedestrian zone, just 200 metres from Ban Josip Jelačić Square, it is more private and less busy. For those citizens who like to relax while discussing the newest affairs, to sit on the bench or in bars, this is a favourite place to stop by.

The square is dominated by a monument to a general and one of the most famous Croatian poets Petar Preradović (1818 – 1872). He is famous for his patriotic and lyric poetry. Sculptor Ivan Rendić is the author of the bronze monument which was put up in another location in the city in 1895 but was later moved to the current location in 1956. The square is surrounded by historical but also modern buildings, and on its side facing north there is an Orthodox church, the Cathedral of the Transfiguration of the Lord, built in the late 19th century on the same location where the Roman Catholic church of St Margaret once was.

The square is referred to as Flower Square by citizens because of florist’s shops, which give the entire space special hues and scents. It is frequently visited by those who want to mark a special day in their life, who are about to visit someone or who just want to make their everyday life prettier with a posy.

This is where often, especially on weekends, activists of various associations gather to raise awareness about health, social and many other topical issues.

However, everybody prefers to see Flower Square as it normally is, filled with encounters, lively conversations and buskers’ performances. These can also be seen in the passage Oktogon or busy streets while you are on your way to Dolac Market, to numerous shops or to create a completely new story of Zagreb.