A Concert: Sting to Visit Zagreb

A world - renowned musician Sting will give a concert in March in Zagreb, which is expected to attract many fans from Croatia and the region. 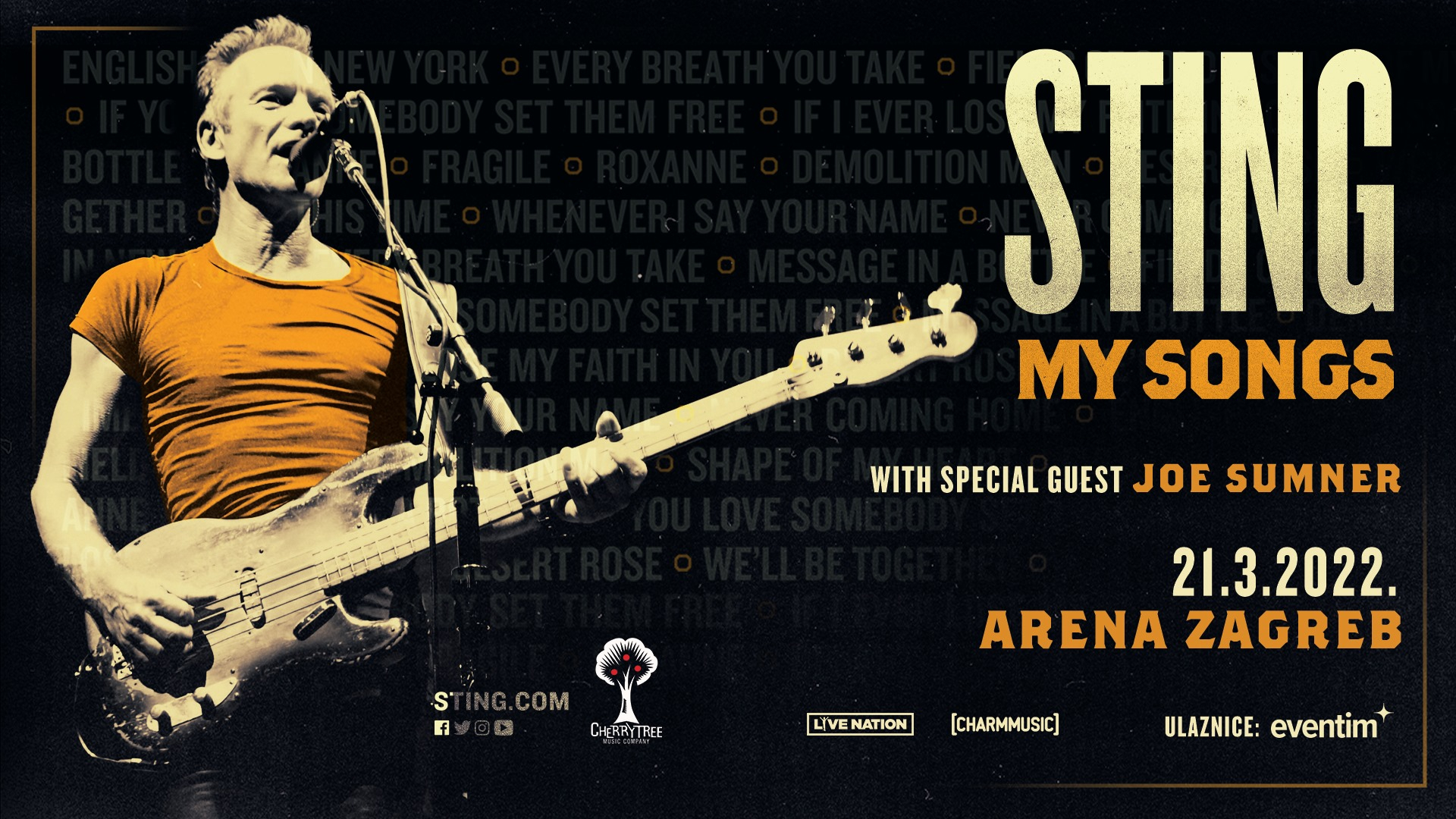 British musician Sting will give a concert on 21 March in Zagreb’s Arena Hall as a part of his tour My songs which started in 2019. This will be a dynamic programme with attractive repertoire which encompasses his most popular songs. The recipient of 17 Grammys performed them during his long career with the band Police as well as during his solo career.

Sting’s son Joe Summer will be a special guest at the concert and other excellent musicians will also participate.

The tickets will be available as of 12 November via the Eventim platform and its selling points.

Sting’s new album The Bridge is to be released on 19 November. The album was created during the global pandemic and reveals Sting’s thoughts on personal loss, detachment, lockdown and social and political changes in the times of emergency.